PA Secretary of Education Discusses Leadership and Service at Cabrini 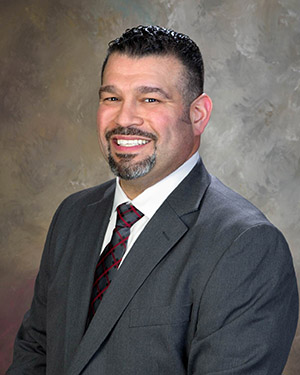 On October 25, Cabrini welcomed Pedro Rivera, Pennsylvania Secretary of Education, as an Executive in Residence.Cabrini’s Executives in Residence are selected for their extraordinary spiritual, emotional, and organizational leadership accomplishments.

Hosted by Cabrini’s Nerney Leadership Institute, the program brings renowned leaders to campus to discuss how their leadership style is impacted by a commitment to service.

Rivera has been recognized for his efforts to transform urban education as the Superintendent of the School District of Lancaster and was one of only 10 Hispanic leaders in the U.S. to be honored by the White House as a Champion of Change for doing “extraordinary work in education.”

While at Cabrini, Rivera spoke about leading with a commitment to the diverse communities and constituents he continues to serve at the state level.

Rivera was nominated by Pennsylvania Governor Tom Wolf to serve as the Secretary of Education on Jan. 20, 2015, and was confirmed by the state Senate in June 2015.

During his time as Superintendent of the School District of Lancaster—a position he held from 2008 to 2015—he helped develop and implement a new curriculum, an aggressive professional development plan and innovative teacher observation tools. These initiatives resulted in an increased graduation rate and notable improvements in math, science and writing proficiency scores, and enhanced the level of participation from high-performing students in programs that help prepare them for college and other post-graduation opportunities.

He also led the development of a community-schools model that provides students with free breakfast, lunch, eyeglasses, dental care and medical services.

He also served as president of the Pennsylvania League of Urban Schools. Having spent his entire career helping students, Rivera brings extensive experience in public education to his role as a member of Governor Wolf’s cabinet.

A first-generation college graduate, Rivera earned a Bachelor of Science degree from the Pennsylvania State University, a master’s degree in Education Administration from Cheyney University, and a Superintendent’s Letter of Eligibility from Arcadia University. ~ from the Cabrini University website